yesterday, in our lecture on fashion media and celebrities, we saw how supermodels seemed to rule the world in the 90’s. 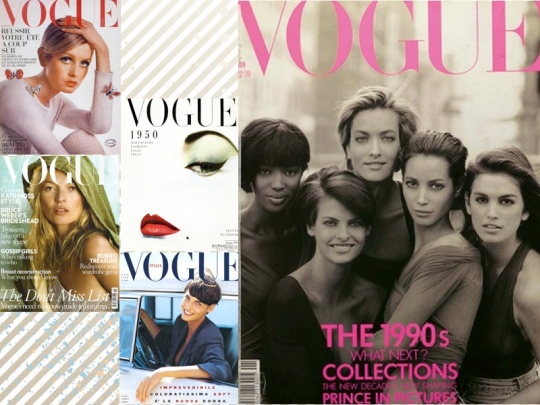 a few of our favourite covers, and of course, january 1990 with the famous 5.

that same year, freedom ’90 was released, and george michael decided not to appear in his own music video. instead, the video features the 5 ladies from the vogue january 1990 cover, mouthing the lyrics to this awesome track. the men you see in the video were also male models at the time.